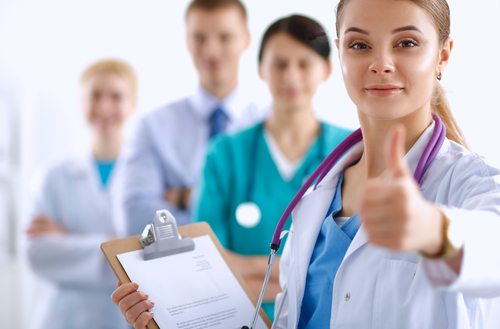 Treatment with baclofen via intrathecal — spinal canal — infusion is superior to placebo in the achievement of individual treatment goals in children, adolescents, and young adults with severe dyskinetic cerebral palsy (CP), according to a three-month study.

The study, “The effect of intrathecal baclofen in dyskinetic cerebral palsy: the IDYS trial,” appeared in the journal Annals of Neurology.

Most treatment options aim to lower patients’ dystonia, characterized by slow involuntary and distorted voluntary movements, as well as abnormal postures. Strategies such as intrathecal infusion of baclofen (ITB) are used when oral therapies fail. However, the evidence on the effectiveness of ITB is still scarce, including its impact on quality of life and engagement in activities of daily life.

The team intended to address such gaps in patients with severe dyskinetic CP (with little to no motor skills), while also assessing changes in dystonia, spasticity (stiffness), range of motion, pain and discomfort, and evaluating treatment-related complications.

The multi-center, double-blind trial was conducted at University Medical Centers in The Netherlands. It included 36 patients ages 4-24 from pediatric rehabilitation and/or child neurology outpatient clinics.

Patients were randomly assigned to treatment with either ITB or placebo over three months via an implanted micro-infusion pump. The catheter tip was aimed at the mid-cervical spine level (C4). All patients were instructed to continue their oral medications at the same dose used before intervention.

Baclofen initially was given at 50 μg over 24 hours, subsequently increased at least 10 times, unless the effect was considered satisfactory earlier. The mean dosage after three months was 179 µg/24h for ITB and 170 µg/24h for placebo.

The study’s primary outcome was the achievement of individual treatment goals — as assessed with the Goal Attainment Scaling (GAS) T-score — which normally include having more comfort, mobility and ease in caregiving, as well as less pain. These goals were identified by parents and patients before pump implantation, and reassessed at three months.

Dyskinesia was measured with the Barry-Albright dystonia scale (BADS) — which evaluates different body regions — and the Dyskinesia Impairment Scale (DIS). In turn, spasticity and range of motion were assessed in the hips, knees, ankles, and elbows. Pain and discomfort were analyzed with a visual analogue scale, while mobility, self-care, and social function were studied with the Pediatric Evaluation of Disability Inventory questionnaire. The number and type of adverse events were also assessed.

The final analysis included 17 patients in the ITB group and 16 on placebo. Those on ITB showed significantly higher (better) GAS T-scores at three months than the controls — 38.9 versus 21.0. The two groups differed in the percentages of goals achieved and partially achieved. Specifically, 59% of the patients receiving ITB achieved at least one clinically relevant goal, compared with 13% in the placebo group.

The results of the DIS scale also significantly favored baclofen, including assessments at rest. No other outcome measure was statistically different. The number and types of adverse events — 23 adverse events, six of which were serious, observed in 22 patients — were also similar between the two groups.

Overall, “[ITB] treatment is superior to placebo in achieving treatment goals in patients with severe dyskinetic [CP],” the researchers said.

Among the study limitations, the researchers mentioned the small sample size and the short duration of the study. A nine-month follow-up with all patients receiving ITB will be conducted, they said.