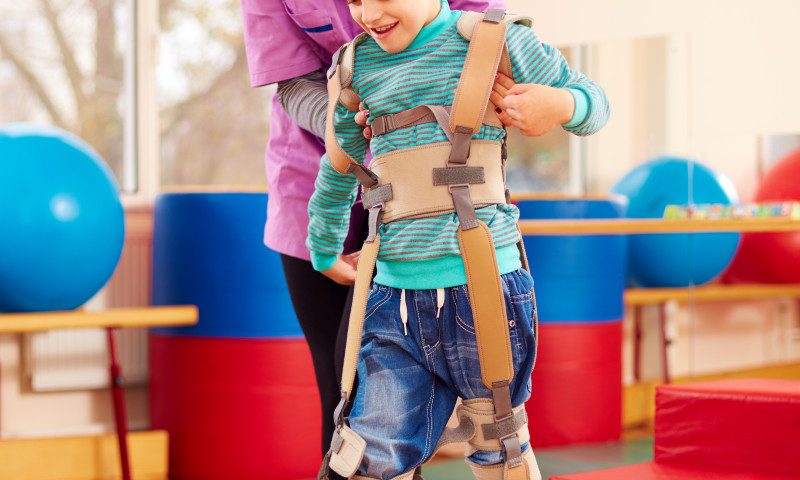 The study, “Lower limb muscle fatigue during walking in children with cerebral palsy,” was published in Developmental Medicine & Child Neurology.

Cerebral palsy makes up a group of disorders that affect posture and restrict movement caused by brain lesions that occur during fetal development in the womb or infancy.

Spastic cerebral palsy, the most common form of the disease, is characterized by joint stiffness, spasms, and muscle tightness (spasticity) that limits movement and affects posture and gait.

Muscle weakness is also considered one of the hallmarks of the condition. Because of muscle weakness, spastic cerebral palsy patients usually have to make more of an effort to perform normal daily activities that are not physically demanding for a healthy person, such as walking, which can lead to muscle fatigue.

Muscle fatigue is usually defined as any form of physical exercise that leads to a marked reduction in muscles’ force-generation ability.

Despite previous studies suggesting that spastic cerebral palsy patients can rapidly experience muscle fatigue, no studies had ever addressed the impact of muscle fatigue on patients’ ability to walk.

The case-control study analyzed a total of 13 children with unilateral or bilateral spastic cerebral palsy, together with 14 age- and sex-matched children with no motor impairments.

All children performed a walking test in which they were asked to walk for five minutes at their own pace, back and forth, on a 40-meter path. The test measured the total distance covered within five minutes and the average walking speed of each child.

All children performed the test with electrodes placed on their skin over specific groups of leg muscles to record their activity separately while walking, a technique called electromyography (EMG).

A decrease in EMG median frequency and an increase in root mean square (RMS) scores associated with a set of different lower leg muscles (tibialis anterior, gastrocnemius medialis, and soleus) were significantly higher in the most affected leg of children with spastic CP, compared to children with no motor impairments.

The rate of change associated with other groups of lower leg muscles (gastrocnemius medialis and soleus) was also greater in the least affected leg of children with spastic CP compared with healthy peers.

“For the other leg muscles assessed in this study, specifically the upper leg rectus femoris and semitendinosus, EMG median frequency and EMG‐RMS remained constant in children with [cerebral palsy] and their typically developing peers, and thus no muscle fatigue was present in these muscles,” they added.

These findings suggest that lower leg muscle fatigue in children with spastic cerebral palsy may contribute to these children’s decreased walking ability, documented in other studies.

“In addition, future research should investigate whether reduced muscle strength levels or spasticity primarily causes fatigue of calf muscles, to be able to construct relevant rehabilitation programs for children with [cerebral palsy],” they added.