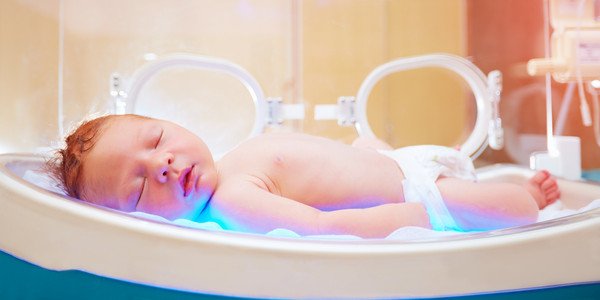 A large head circumference in full-term newborns may be a risk factor for brain damage, an injury strongly associated with cerebral palsy, according to German researchers.

The study, “White Matter Damage in 4,725 Term-Born Infants Is Determined by Head Circumference at Birth: The Missing Link,” was published in the journal Obstetrics and Gynecology International.

It’s been known that injuries to the white matter of the brain are a critical risk factor for cerebral palsy. White matter damage happens mainly in preterm babies, but can also occur in a considerable number of those expected to be born at or near term.

The underlying causes of brain damage in preterm babies are well-studied and relate mainly to circulation problems and infections. In term-born babies, the causes are not as well understood and are thought to result from excessive skull pressure during delivery.

A recent study reported that a newborn girl had a stroke after a traumatic birth injury. She was born with severe deformities to her head and facial bones, with a depression of the left parietal bone and upper left jaw. The infant was born with a large head circumference — greater than the 90th percentile.

“To our surprise, there was clear evidence for mechanical depression of the brain,” Prof. Arne Jensen, MD, of the Campus Clinic Gynecology at the Ruhr-University Bochum and first author of the study, said in a news release.

“We then searched our database revealing that there is excessive risk for white matter brain damage when head circumference is large and prolonged or obstructed labor occurs,” Jensen said.

The team re-examined data from a previous study that included cranial ultrasound screenings of 4,725 term-born infants (born 37-43 weeks gestation) taken from the first day of birth to day 30. They created a morphometric index (MMI) that included weight, length, and head circumference. This index was found to be the best predictor of risk for white brain matter damage compared to other indicators commonly used in clinical practice.

White matter damage was observed in 61 infants, affecting boys and girls equally. Babies with the lowest birth weight, length, and head circumferences were at higher risk of white matter damage.

Only head circumference was closely associated to risk of white matter brain damage throughout all ranges of head parameters.

Such gender disproportion may explain why cerebral palsy is more prevalent in boys than in girl children, a mystery that has remained unexplained.

The analysis identified the main risk factor in large newborns is prolonged or obstructed labor, likely because the heads of these babies were too large for the mother’s pelvis, causing skull deformations in the infant.

Unlike the risk for brain damage, researchers found no significant associations between MMI index and brain hemorrhages in the baby, premature breakage of the amniotic sac, bleeding during pregnancy, intra-amniotic infection, and miscarriage.

Among newborns with brain damage, 38% were admitted to an intensive care unit due to symptoms of asphyxia. This means that 62% of all babies with brain damage do not exhibit any clinical signs and bypass routine diagnosis in common indicators such as Apgar scores and heart rate, resulting in healthy diagnoses.

This may be the reason for unexplained cases of developmental delay and cerebral palsy during childhood.

“For us, white matter damage in a seemingly healthy population of largely male term-born neonates appears to be the missing link between the insult [injury] that escapes diagnosis and the development of unexplained cerebral palsy in childhood,” Jensen said.

The data indicates that head circumference is a unique index that can predict risk of white matter brain damage in term-born newborns. The team suggests including this indicator in routine newborn screening to help in the early detection and improved treatment of brain injury.

“By using MMI for white matter damage assessment, unremarkable term-born infants presenting a MMI >90% and <10% centile now can be selected for head imaging as a standard of care to provide a cost-effective basis for potentially curative treatments such as autologous cord blood mononuclear cells…,” the researchers wrote.

“We propose that prospective risk management should routinely include sonographic monitoring of head circumference rather than biparietal diameter during late pregnancy, though perhaps technically difficult, to prevent prolonged labor and hence increased risk for white matter damage in babies beyond 75% centile,” they added.